The address is 1055 Sunset Drive, Kelowna.

This is the second record for the province of British Columbia.

A Blue-gray Gnatcatcher would look very different (other than the similar gray colour) from this bird. A gnatcatcher would have a longer bill, longer tail and more defined eye ring and be a slimmer bird for starters. You can't see it in these photos but a Lucy's would have a red coloured rump, if you saw it in the field.

Here are two helpful websites where you can see photos of both and read the different physical characteristics.

Hope you have a great time in AZ, I just got back from there and had a great time saw some Lucy's Warblers, Black-tailed and Black-capped Gnatcatchers as well.

By birdergirl -  Nov 12 10:58 am
-  Nov 12 10:58 am #81035
On November 12th - 2016, Chris Charlesworth, Chris Siddle, Ann Gibson and Michael Force refound the Lucy's Warbler at the same location, Sunset Drive Park where it was first found by Michelle Lamberson on September 25th. As they began looking for a reported Green Heron, they pished in a late Least Flycatcher and then the female/immature Lucy's Warbler flew in. The bird was calling and perched in a tree along the south side of Brandt's Creek beside the first viewing platform which is located off Sunset Drive.

Exact Coordinates for the bird HERE

The bird who is very responsive to pishing is still being seen as of 11:15 am in the same location with an Orange-crowned Warbler.

The bird was photographed and it will be posted here shortly.

Here is a gorgeous photo Mike Force got of the bird:

By birdergirl -  Nov 12 7:01 pm
-  Nov 12 7:01 pm #81056
Here are some gorgeous photos of the Lucy's Warbler and Least Flycatcher that Michelle Lamberson got today. She had the Lucy's on the north side of the river in some bushes past the viewing platform.

All photos used with permission* 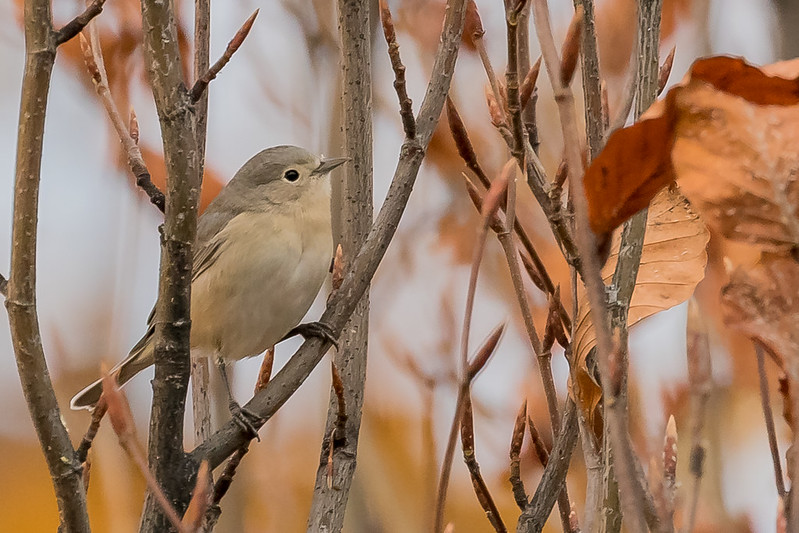 Lucy's Warbler (Oreothlypis luciae) - Kelowna, BC by Birdergirl, on Flickr

A great day had by all. I will cross my fingers for all going tomorrow to see it!

Hi everyone; First off, apologies for the terribl[…]

We seem to be progressing along very well this yea[…]

Looks like a swallow to me, probably a violet-g[…]