By Jdunster -  Mar 13 5:39 pm
-  Mar 13 5:39 pm #87436
For the second time in a year a Pygmy owl obligingly dropped by and sat in a nearby Garry Oak off our deck - Broadmead in Saanich. On March 2nd it stayed for over an hour and having taken dozens of photos from about 4 metres away with a long lens I had enough for a while. Not sure how I can post some of them.
jd 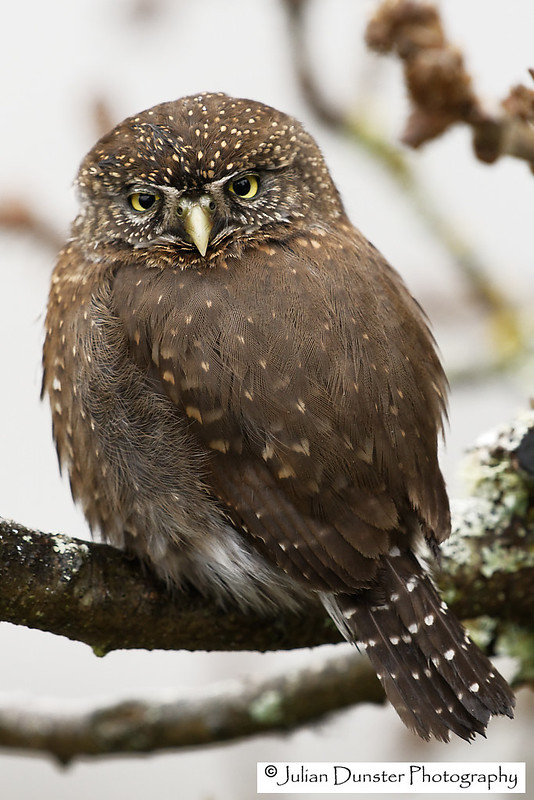 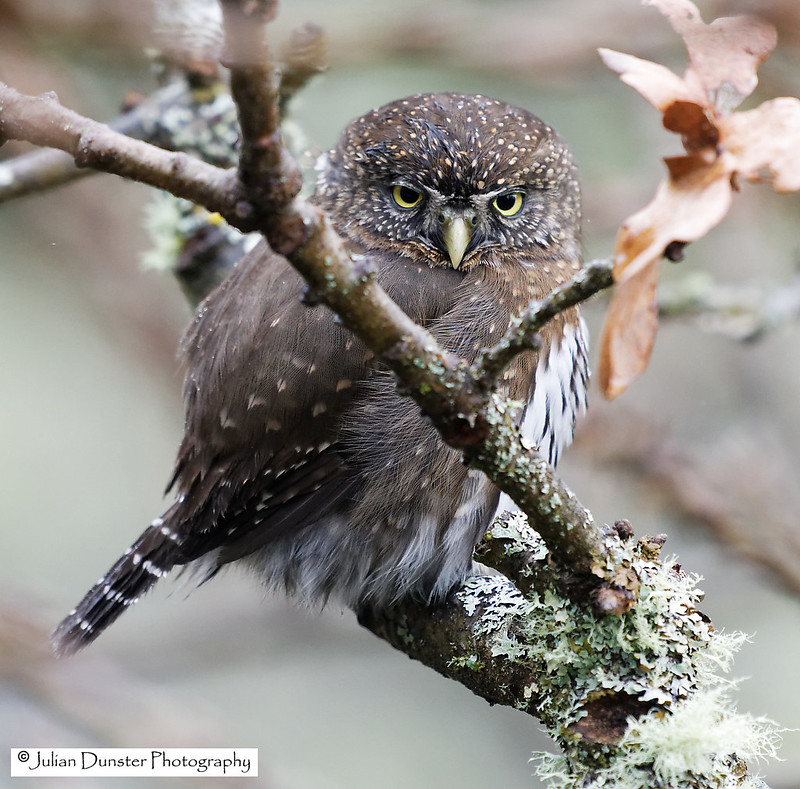 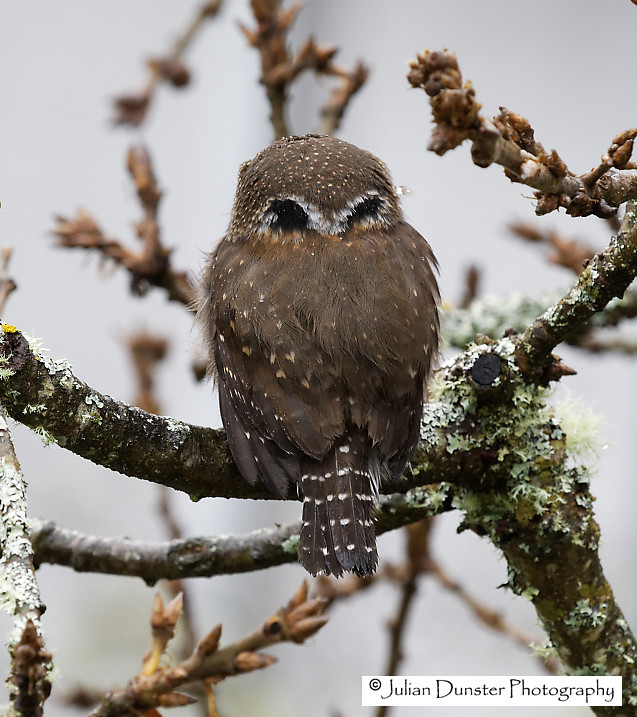 By ogopogo -  Mar 19 6:25 am
-  Mar 19 6:25 am #87488
what a thrill for you Julian! thank-you for sharing your most excellent shots!
It would be a natural progression for this owl to move into Mt Doug Park from Broadmead. or maybe there is a pair. They are definitely down at ocean level, not in the upper reaches. I don't know their nesting habits, but there are plenty of trees with holes where I was directed to look in Mt Doug, which I did March 12th but didn't see one. Your area is also noted for owl nesting ie GHOW & Barred, so maybe the Pygmy has stayed around. Please keep us posted if you see it again!
Cheryl

By ogopogo -  Mar 21 9:01 am
-  Mar 21 9:01 am #87504
March 19_2018 following a Horned Momma nesting in a tree-top hole (their second attempt as this is pretty late for Victoria). She was shuffling her wings in a circular fashion like she was rotating the eggs, and she was stepping very delicately from foot to foot as this hole is a tight squeeze. Her tail is hanging out the back of the tree. Last time I was there, it was a warm day and she was gular fluttering at the neck, trying to stay cool. Male was close by again, hooting softly.

March 20_2018 pregnant Barred Mom Josie of Beacon Hill Park is still resting in the cedar close to the nest tree hole they have used the past 2 years. This will be Mr & Josie's 5th straight year of having owlets in the SEW (south-east woods by the totem). Owlets are usually born about Apr 24 & branch out of the nest around May 12th.

Talked to a local up at Bow Park Pond last week who said the white house on Mt Doug X-road had a Barn Owl in their barn last year. This house is now a museum, so that may not repeat but it crosses into the Blenkinsop Rd farms, so there may be one around that area.

By ogopogo -  Mar 29 9:09 pm
-  Mar 29 9:09 pm #87636
March 27_2018 lol Judy, and the joke is on me too. I headed up to Rithet's Bog to see if there were any Snipe, took a short-cut through the woods to Lochside Trail/ Blenkinsop Rd to check out this sign (which I'm sure is for the Barn Owl) and ended up walking 3 miles off course arriving at Mt Doug Park! No worries, lots to see there too. Saw 2 nesting Ravens chase a Barred Owl away from their territory.

March 28 Wed-did an Owl tour with a friend. Started at the new Mary Lake Nature Sanctuary, 1772 Millstream Rd. It has $5 guided tours the 2nd Sunday of every month to aid its fund raising ($2.4 million dollars) and won't be open to the General Public until it reaches the goal. Looks about half way there on the chart out front. They are building trails and bridges at present. A member told me every kind of Owl is in this pristine wilderness area, so it's something to look forward to. We did hear a Robin chirping an Owl alarm past the gate but weren't able to see past the No Trespassing sign to find out what it was.

Off to another area where Western Screech nested last year. Once again, heard a Robin chirping an Owl alarm but we weren't able to plow through the underbrush to see what was there. Going to have to do a night trip.

Out to Dominion Brook Park on East Saanich Rd, where it's common knowledge the Horned Owls nested 2 years in a row in the Wicker Basket tied up to the douglas fir when their nest collapsed with owlets in it. the owlets were plunked back in the basket 2 yrs ago, Mom fed them and all was well and she used it last year again with success. Right now, there is a Tent City with homeless there claiming their rights. a local tells me the GHOW have moved one subdivision west (more douglas fir) where life is a little quieter but do come back to hunt the area at night.

March 29-checked the Barred in BHPk_SEW. still not in the nest tree but hooting to one another in close proximity. nice to see families out on Spring Break enjoying the Park with their children, Colorado & Vancouver today. They were thrilled to see the Owls and Anna's hummingbirds feeding their newly hatched chicks.

April 5_2018 Birders know what it means when a GHOW male dives at you close enough to move the hair on your head. this happened at 4:30pm to some Geocashers in a local park who were single-minded in their purpose but completely oblivious to the fact they were infringing on the owl's active nesting territory.

Dennis, I think the photos are set to PRIVATE. […]

Well, your pictures are not showing up however bas[…]

I know we already have a beautiful picture of a fe[…]