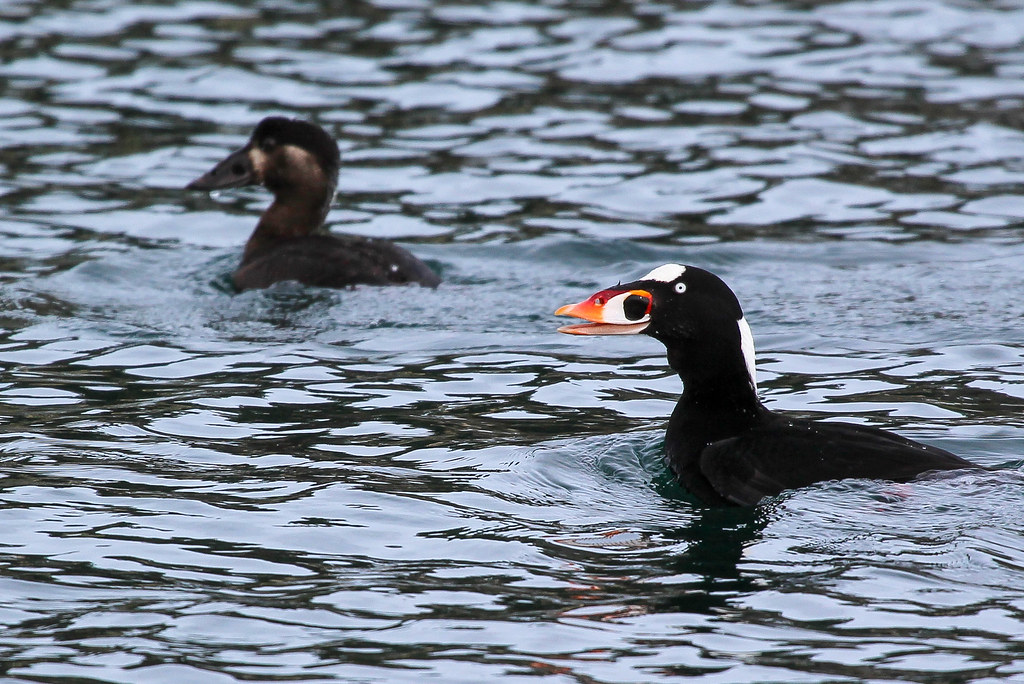 
I think these are surf scoters as well but the bills do not match the previous photo and two of them do not have white patches on the back of their heads. 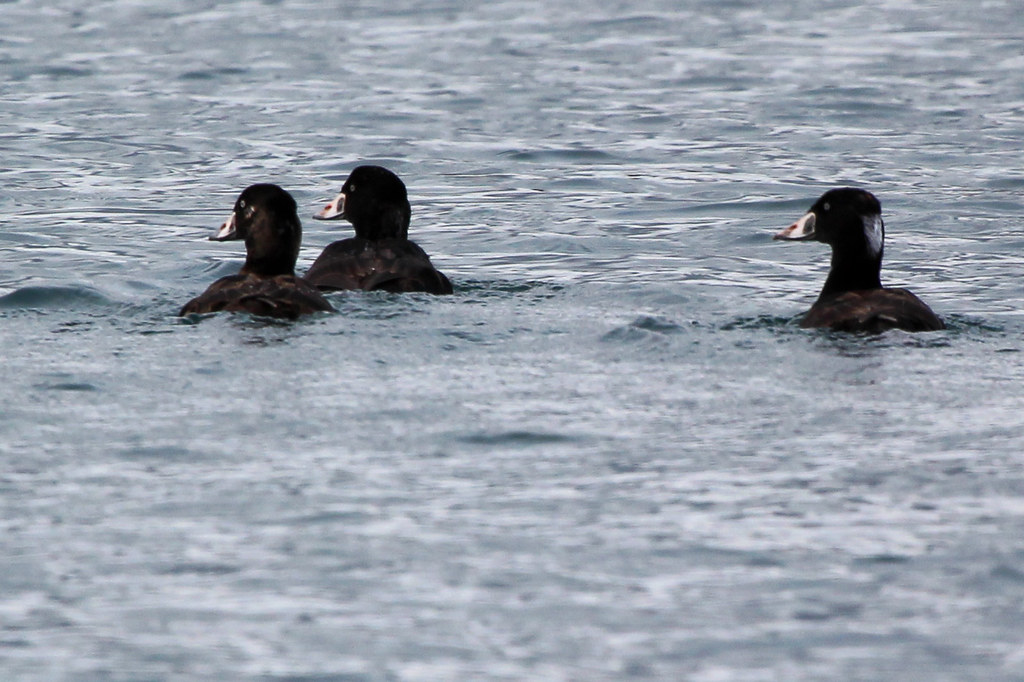 You might want to look up Brant ( Branta bernicla […]

These have been identified as Pacific Loons. Ther[…]