One of the places I went to was McNeill Bay on Beach Drive, where on a small rock in the middle of the bay, was two Mergansers, four Dunlins, One Black-Bellied Plover and one Rock Sandpiper which I got a record shot of (below) but is fuzzy because of the long distance

On January 1st, a Purple Sandpiper (at this point

) was found in the exactly same location, on Kitty Islet which is about 10 metres away from the little rock in the middle of the bay. I think it is just a coincidence since usually birds don't hang around for long (especially sandpipers)

I found it feeding on mussels and whatnot on the little rock but it quickly flew away of towards the west but it did not leave the bay. They landed on a little rocky part on the west end of the bay, but when we checked we could not find it, only lots of Killdeer and the other birds on the rock. Most likely, it probably flew off when we were heading towards the west side, or I just might of missed it.

From this photo a identification is almost (or is) impossible but just wanted to share this!

Here is my humble record shot 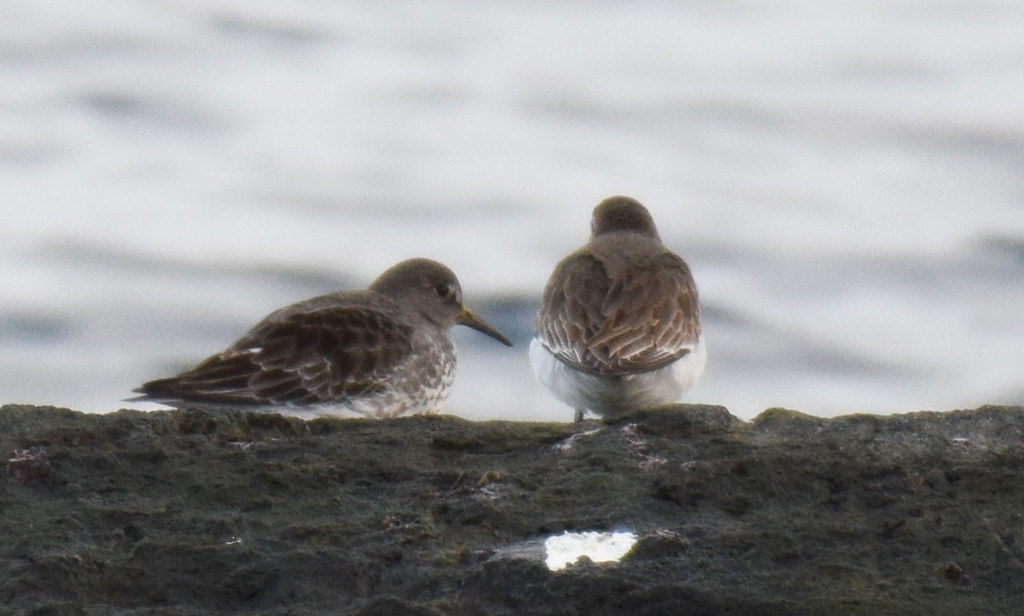 Thanks for any suggestions

Thanks for that! Went down a rabbit hole there...[…]

Sorry for the delay, got logged out and had to res[…]